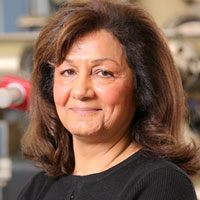 Key Dates of Mystery of Carbon 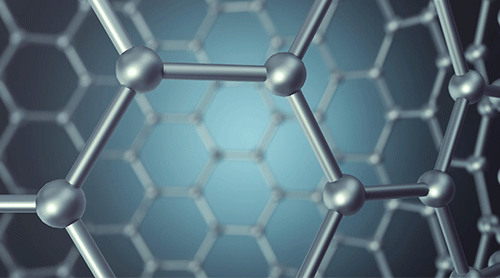 The abundance of Carbon coupled with its remarkable chemistry make the element unique and essential to life and the universe.Carbon atoms exhibit enormous flexibility in the way they bond and form material complexes. The objective of this conference is to show the wealth of possibilities that carbon can generate, and emphasize some key points and unravel the new science that carbon synthesis has uncovered . In engineering technology, in particular those involved in searching for applications of quantum phenomena. Carbon has given rise to astonishing new structures and has lead to many great dazzling discoveries . One of the greatest breakthroughs came with Potassium K3C60 electron doped fullerenes which exhibited superconductivity up to 40K. This was an amazing achievement which went above all expectations, and which gave H Kroto the Nobelprize even though the complete understanding of the mechanism has to our knowledge not yet been reached. Another major success was scored earlier in the 1970’s by the work of the Santa Barbara group under Alan Heeger . They showed that trans-Polyacetylene PA could be considered to be a quasi one-dimensional Polymer, and that the material (and many others of this type ) could be “n and p” doped. Su, Schrieffer and Heeger predicted that theoretically, undoped PA should constitute a Peierls semiconductor In other words a semiconductor where the energy gap forms as a result of a collective relaxation of the back bone into an alternating “short- long” (or long -short) carbon bond structure Doping then causes a semiconducting to metal transition which is not just purely an electronic transition, but a structural transition as well. Here the alternating bond length changes partially back into the “ normally to be expected” (disregarding lattice relaxation ) same bond length structure . This novel and collective interplay between lattice and electronic structure also gives rise to very excting new types of elementary excitations known as “Polarons and Solitons”. The work on conjugated polymers and applications then eventually gave Alan Heeger the Nobel Prize in the year 2000 . The most recent and perhaps one of the most promising discoveries from the point of view of material engineering and applications is the isolation (exfoliation) of graphene sheets from Graphite. This truly amazing discovery has made it possible to make 2D dimensional pristine monolayer “metallic” materials. Structural mechanical strengths are proving extremely valuable in fields such as civil engineeering, aircraft and car manufacturing. Not all facets and combinations of properties (example: solar cells, thermal and sound conductivity rectification and insulation ), have been investigated. The potential is enormous, and the development of these fields is of great value to the manufacturing, building and automotive and transport industries . This conference will offers a succinct introduction to the synthesis of carbon materials,their allotropes and the impct these have had on developemental science. By providing a uniquely encompassing and interlinked overview of carbon science, this conference will aids in the understanding the importance of carbon and how little we know about this mysterious but prevalent atom.

Amid the COVID-19 crisis, the global market for Advanced Carbon Materials estimated at US$6.1 Billion in the year 2022, is projected to reach a revised size of US$8.2 Billion by 2026, growing at a CAGR of 6.8%. The Advanced Carbon Materials market in the U.S. is estimated at US$1.5 Billion in the year 2022. The country currently accounts for a 24.22% share in the global market. China, the world's second largest economy, is forecast to reach an estimated market size of US$1.2 Billion in the year 2026 trailing a CAGR of 8.2%. The growth of the aerospace and automotive industries is likely to drive gains in the advanced carbon materials market. Automotive companies such as Ford and Volkswagen are increasingly focusing on developing lightweight composites for achieving greater fuel economy. The increasing government funds for nanotechnology research in countries such as China, Japan, the Netherlands, Germany, and the US are expected to lead to the emergence of novel advanced nanomaterials.

Why to Attend Carbon Materials Conference?